2 arrested after Langford woman spots men breaking into her home 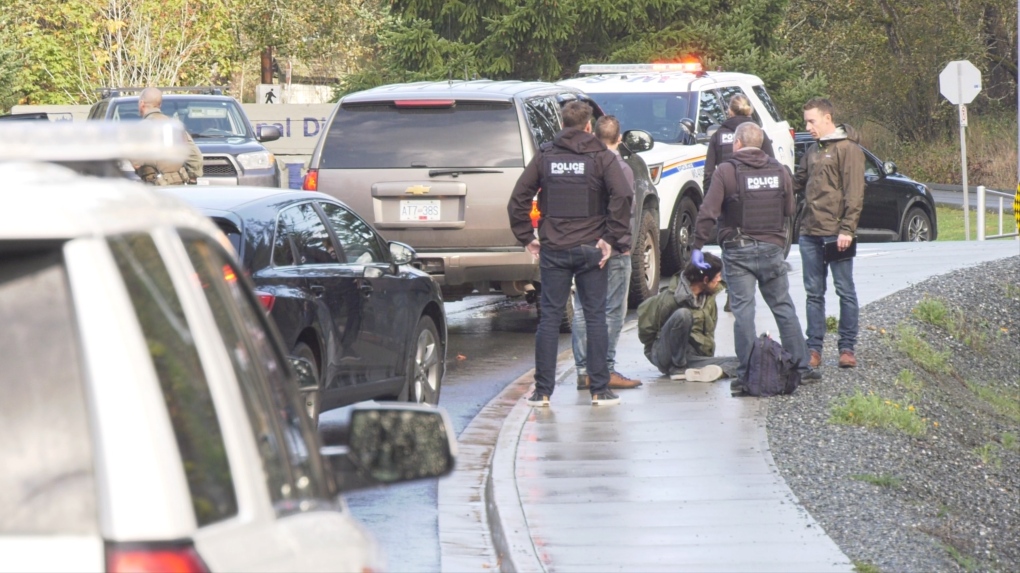 West Shore RCMP say that the suspects were allegedly spotted leaving a home with stolen items with the use of a stolen truck: (CTV News)

VICTORIA -- Two men were arrested at Thetis Lake Regional Park on Tuesday morning after police say they fled the scene of an alleged break and enter while inside of a stolen vehicle.

West Shore RCMP say that a woman was returning to her home, in the 3100-block of Glen Lake Road, after dropping off her child at school when she saw an unknown pick-up truck parked at her house.

The woman told police that she then saw two men leaving her home while carrying stolen items. When the men saw the woman, they fled the area in the unknown Dodge Ram 2500 pick-up truck.

Fortunately, the homeowner was able to note the licence plate of the truck and called police.

Mounties quickly learned that the truck was reported stolen from another Langford home earlier Tuesday and spotted the vehicle driving on 6 Mile Road in View Royal.

Police say they tried to pull the truck over when it began to flee from officers “at a high rate of speed.”

The vehicle eventually stopped near Thetis Lake Park after it crashed into a rock wall. The two men then left the truck and attempted to flee the area on foot.

Mounties say that officers and a K9 unit were already in the area and chased the men through the park, where they eventually caught up to the pair and took them into custody.

“One suspect sustained a dog bite and is being treated for minor injuries,” said Const. Nancy Saggar, West Shore RCMP, in a release.

“The suspects were arrested for numerous offences including break and enter and theft from the residence, vehicle theft, dangerous driving as well as flight from police,” she said.

Saggar added that one of the men was in possession of weapons, including an extendable baton and concealed knife. Mounties are now considering additional weapons-related charges.

“The investigation is still underway and the suspects remain in custody,” said Saggar. “We want to thank the homeowner’s quick actions in calling police and our officer’s quick response in capturing these two suspects.”