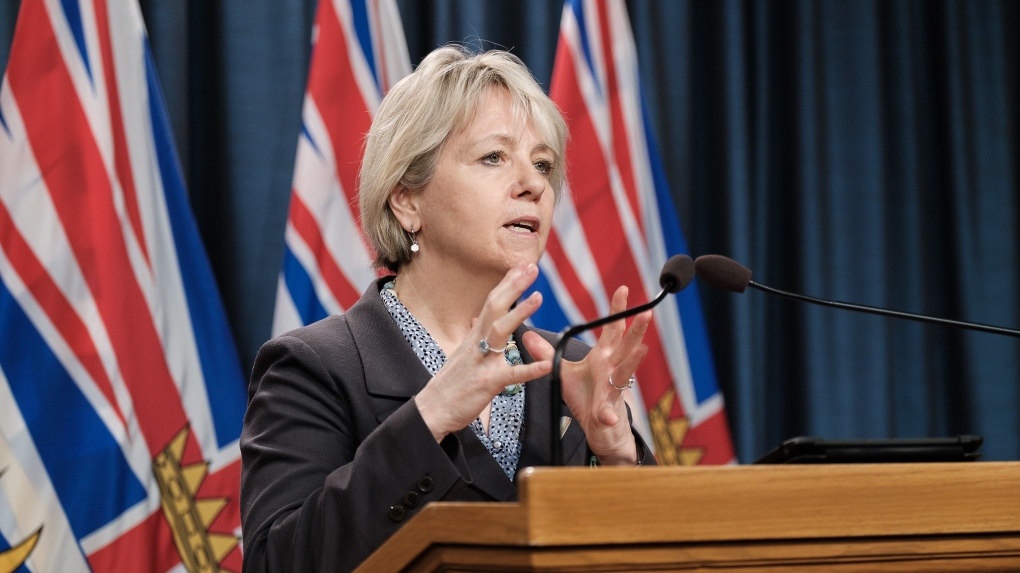 Dr. Bonnie Henry, B.C.'s provincial health officer, announces that more than 400,000 people in British Columbia will be immunized from March to early April as the province moves into Phase 2 of the largest immunization rollout in B.C.’s history, on March 1, 2021. (B.C. government/Flickr)

Across the province, 438 cases of the virus were confirmed over the past 24 hours.

There are now 330 active cases of COVID-19 in the Island Health region.

The health authority has released the approximate locations of 291 of the active cases. Forty-four cases are located in the South Island, 170 are active in the Central Island and 77 are ongoing in the North Island.

No deaths were recorded in the Vancouver Island region, where the death toll has reached 26. Seventeen people are currently in hospital for treatment of the virus in the health authority, and one person is receiving critical care.

"As always, we do think of the families and the caregivers and the communities that will be mourning these two people who have died during the pandemic," said provincial health officer Dr. Bonnie Henry.

The Island Health region has now confirmed 2,423 cases of COVID-19 since the pandemic began.

B.C. confirmed 22 more "variant of concern" cases in the province Tuesday. In total, the province has confirmed 182 variant cases, though only eight are currently considered active.

B.C.'s top doctor said that 13 per cent of variant cases have been directly linked to travel, while 60 per cent were linked to close contacts of people who tested positive for a COVID-19 variant.

It is currently unknown where the remaining 20 to 25 per cent of variant cases originated from.

Henry defended the province's decision to extend the period between people receiving their first and second vaccine doses to up to four months.

She said that B.C.'s goal is to get a first vaccine dose administered to as many people as possible, because a single dose is still "highly effective."

She added that "maximizing the benefit of vaccinating more people with a single dose" outweighed the benefits of giving people a second dose in a shorter interval.

Henry noted that recently reported daily case numbers were slightly lower than what was actually recorded due to issues with the province's recording system.

Over the past seven days, 254 more cases were recorded than were announced, not including Tuesday's numbers. The province has now seen 81,367 cases of COVID-19 since the pandemic began.

Henry says the updated totals will be listed on the BCCDC website soon.