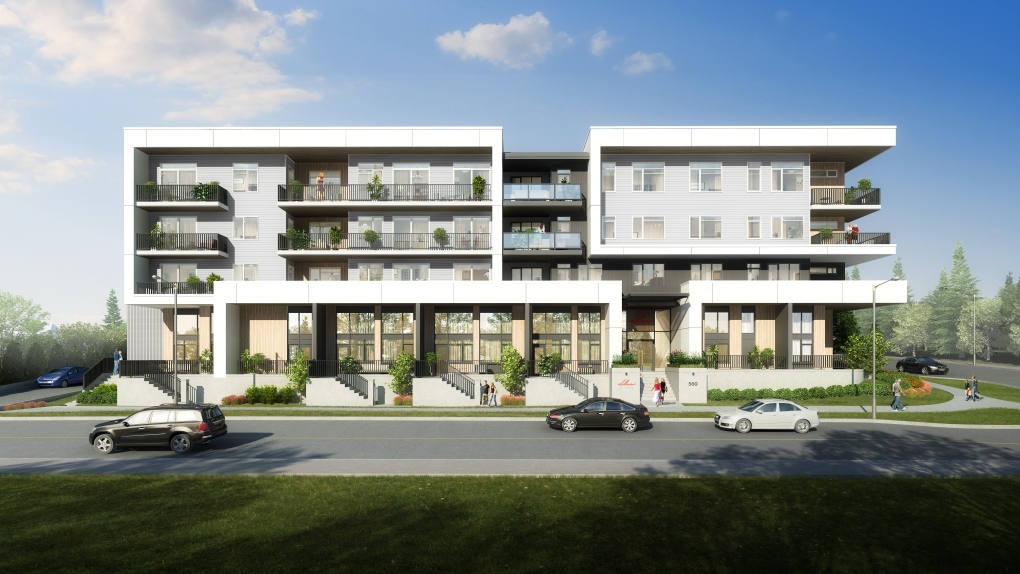 A rendering of the project is shown: (BC Housing)
Victoria -

Nearly 200 new rental units are under construction in Nanaimo, the province announced Tuesday.

Each unit will also have in-suite laundry and a balcony or patio, according to the province.

"This new, affordable rental housing project will provide opportunities for Nanaimo residents to live in a vibrant neighbourhood close to where they work, learn and play," she said in a statement Tuesday.

The buildings are being constructed by the Wertman Development Corporation through BC Housing's "HousingHub" program.

The HousingHub program does not directly fund construction of new housing, but does make "low-cost financing" available to developers who build projects specifically for middle-income earners, according to the province.

Construction of the 180 rental units is expected to complete in spring 2023. Details on rent prices were not announced Tuesday.

Saturday at 7p.m. on CTV: W5 investigates a theory that's not widely accepted in scientific circles, but is gaining ground: that North America's obesity problem is being fuelled by a physical addiction to highly processed foods.

U.S. says it will permit entry of Canadian travellers with mixed vaccine doses

The U.S. says it will allow Canadians into the country who have received a mixed COVID-19 vaccine schedule, when the U.S. opens its borders to fully vaccinated travellers on Nov. 8.

Martin Gregus of Vancouver won the Rising Star Portfolio Award at the Natural History Museum’s 2021 Wildlife Photographer of the Year competition for his summertime photos of polar bears.

Government bracing for surge in passport renewals after border announcement

The government is bracing itself for a surge in passport renewals and other services after news that the Canada - U.S. land border will re-open in November

How to get your Ontario vaccine certificate QR code