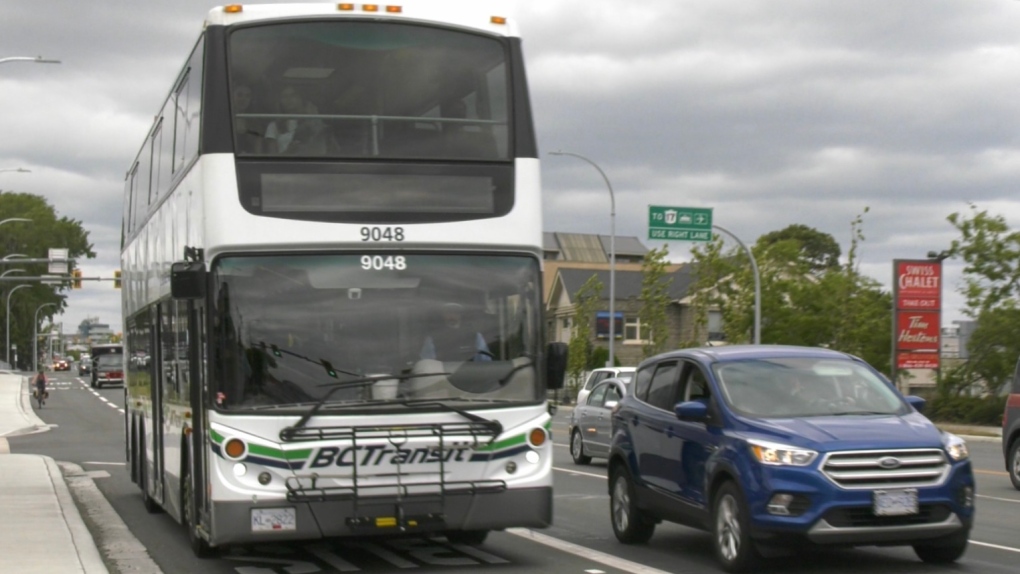 A BC Transit bus is seen in this file photo.

VANCOUVER -- Police in Victoria are investigating a sexual assault on a 17-year-old girl that happened on a BC Transit bus in the city earlier this week.

The incident occurred shortly after 1:05 p.m., Sunday, Nov. 29, on the number 28 bus at Douglas and Fort streets in downtown Victoria, police said in a news release.

Officers spoke with the girl, who said her assailant followed her onto the bus at that location and exposed himself to her "while committing an indecent act," police said.

"The suspect then sexually assaulted the girl before she was able to exit the bus at Shelbourne Street and Cedar Hill Cross Road," police said in their release. "The suspect also exited the bus and left the area."

Police describe the suspect as a 20-to-30-year-old Black man with a slim build. He was wearing ivory-coloured pants and stands 5'8" tall, police said.