16 kilos of suspected cocaine seized from ship off Victoria 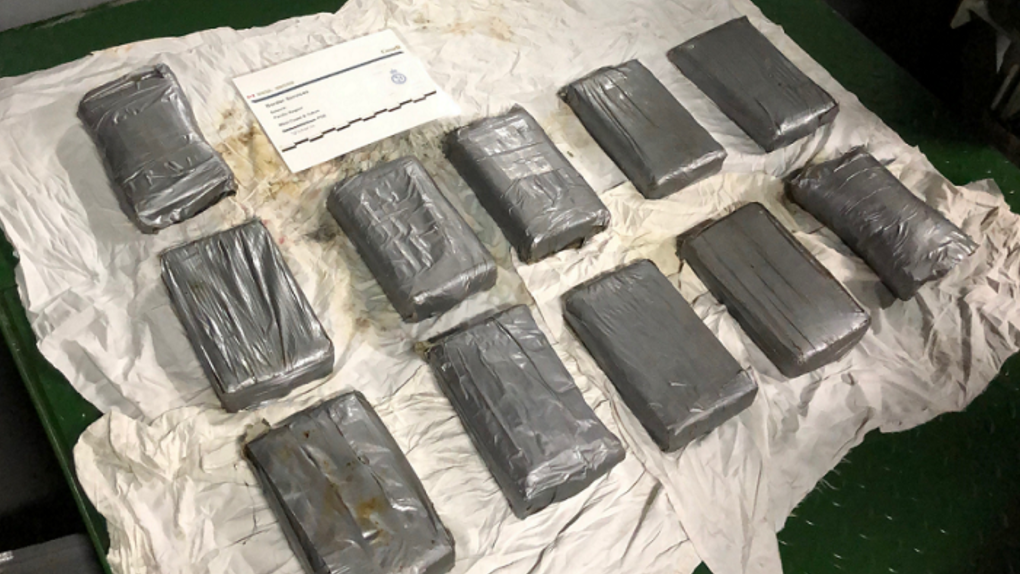 The CBSA says a field test identified the contents of the packages as 16.84 kilograms of suspected cocaine, with an estimated street value of $875,000. (RCMP)

VICTORIA -- Canadian border agents and the RCMP have seized more than 16 kilograms of suspected cocaine from a ship anchored off Victoria.

The ship arrived at the Constance Bank commercial anchorage south of Victoria on June 2. According to a joint statement from the Mounties and the Canada Border Services Agency, CBSA investigators boarded the vessel and found 11 individually wrapped packages in the ship's engine room.

The CBSA says a field test identified the contents of the packages as 16.84 kilograms of suspected cocaine, with an estimated street value of $875,000.

The following day, RCMP divers examined the vessel's hull below the water line and found evidence of tampering, suggesting there had likely been more drugs aboard the ship that were retrieved before law enforcement arrived, according to the RCMP and CBSA.

Investigators say the ship was conducting legitimate business on its travels between South America, Europe, the Caribbean and the United States, before arriving off Victoria.

No arrests have been made in connection with the seizure. Officers with the RCMP's Shiprider program have taken over the investigation.