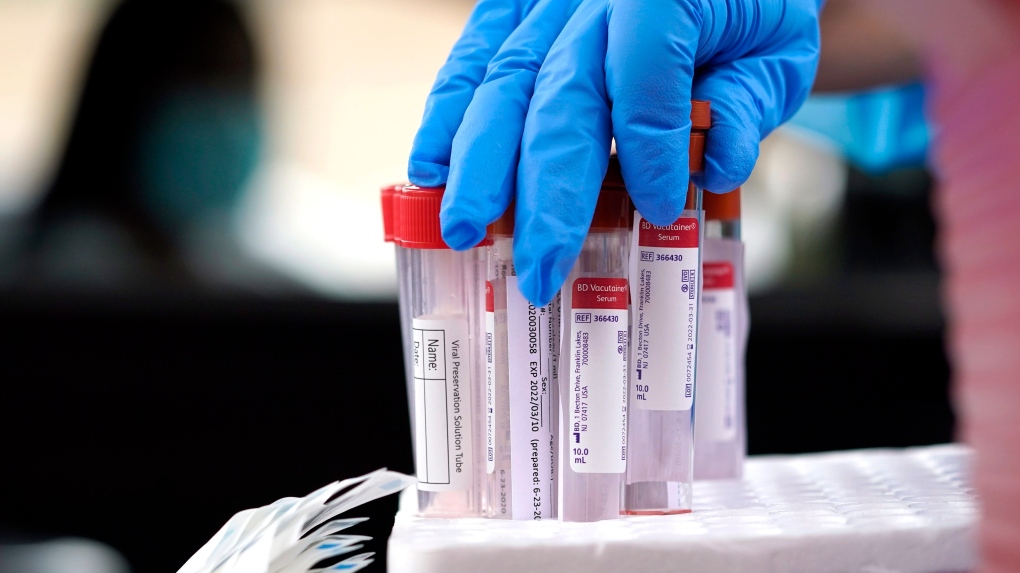 VICTORIA -- Health officials identified another 13 cases of COVID-19 on Vancouver Island in their final update of the week Friday.

The island cases are among 509 new cases found provincewide, pushing B.C.’s total to 60,117 cases since the pandemic began.

There are now 182 active cases in the Island Health region, including 10 people in hospital and two in critical care, according to the BC Centre for Disease Control.

Local health officials have identified the locations of 175 active cases, including 33 on the South Island, 118 on the Central Island and 24 on the North Island.

The island region has recorded 1,220 cases of COVID-19 and 15 deaths since the pandemic began.

A total of 1,017 people on the island are considered fully recovered from the disease.

“People throughout British Columbia are finally seeing light at the end of the tunnel,” said provincial health officer Dr. Bonnie Henry and Health Minister Adrian Dix in a joint statement.

“As of today, thousands of people working and living in long-term care homes, health-care workers and those in remote or at-risk Indigenous communities have received their first dose of the COVID-19 vaccine.”

Henry and Dix acknowledged, however, that delays in delivering vaccines are looming.

“We are disappointed to hear today there will be a short-term delay in the delivery of some of the Pfizer vaccines to British Columbia in the coming weeks as the company upgrades its production facility,” the health officials said.

“We are working closely with the federal government to determine how this might impact our immunization rollout in the immediate term, and we will have more to share in the coming days.”