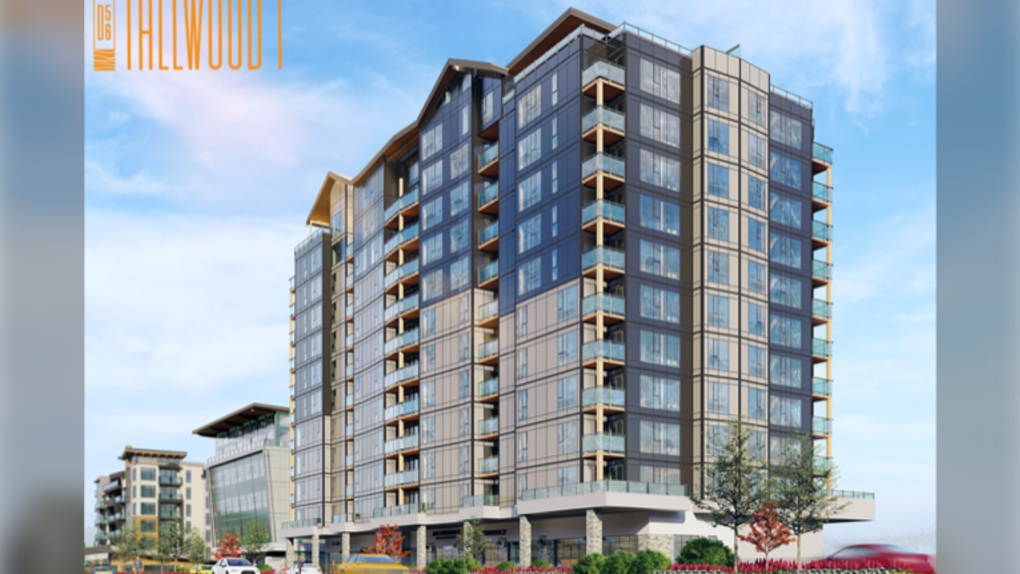 An artist's rendering of the Tallwood 1 building: (Design Build Services)

VICTORIA -- The City of Langford has approved a foundation permit for a new 12-storey mass timber development in the community.

The building will be made using mass timber, which is a method of construction that primarily uses B.C. wood.

Mass timber buildings are made using prefabricated pieces that are created offsite, then assembled at their final destination. This allows for faster construction compared to traditional concrete and steel buildings.

The Tallwood 1 development will mark one of B.C.’s first 12-storey mass timber buildings, as the national building code only recently permitted wooden buildings to be 12 storeys tall.

The buildings are located at 2830 Peatt Rd. in a complex that will be called District 56.

“With its speed, strength and sustainability, District 56’s mixed-use residential and commercial spaces position Tallwood 1, and its smaller commercial neighbour, Terminus, to meet the growing needs of the community,” said Design Build Services in a release on June 24.

Both buildings are slated to open in 2021.

The warehouse is expected to open later this year.