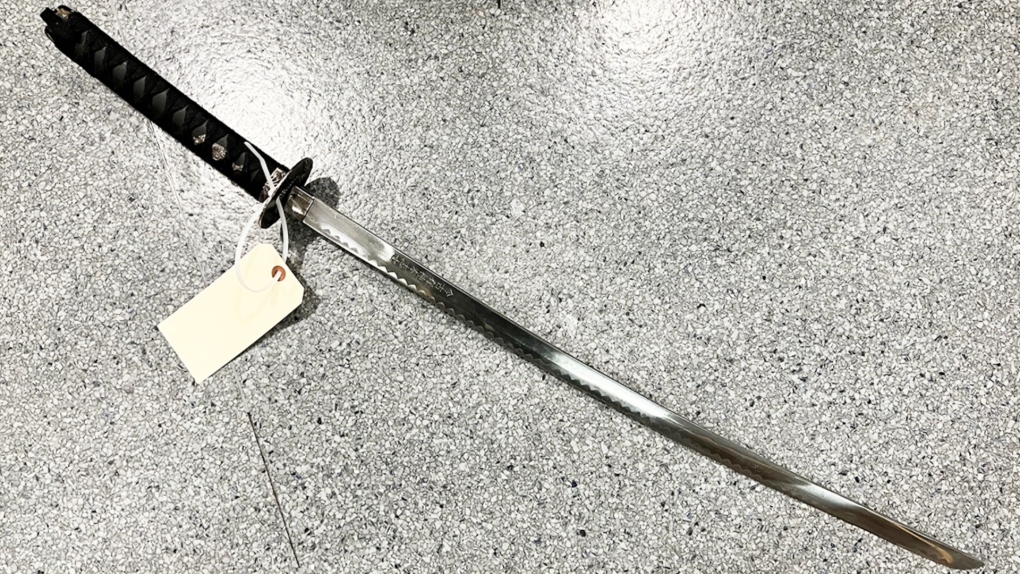 Victoria police are looking for the owner of what they describe as a "samurai sword" found in a bush in Esquimalt this week. (VicPD)

Victoria police are looking for the owner of what they describe as a "samurai sword" found in a bush in Esquimalt this week.

According to police, the parent reported that the child found the sword "in the bushes" near the intersection of Colville and Admirals roads while walking on the E&N trail.

The sword was found without a sheath, police said.

"Officers are hoping to locate the rightful owner of the sword and learn how it came to be in the bushes near the trail," the VicPD release reads.

Victoria police shared an image of the sword, which appears to have Japanese characters engraved on the blade.

Strange as it may seem, this is not the first time police in B.C. have sought to reunite a Japanese-style sword with its owner.

In 2019, a member of the public walked into the Burnaby RCMP detachment and turned over a "samurai sword" she had found discarded in that city.

That sword was engraved with the message "TO TRAV, BEST FRIENDS. SAM."

At the time, police told CTV News Vancouver the blade was considered found property and would be held for 90 days. If unclaimed after that period, it would be destroyed.

On Friday, Burnaby RCMP confirmed that they never found the rightful owner in that case, and the weapon was, indeed, destroyed.