10,000 pairs of socks donated to Vancouver Islanders in need 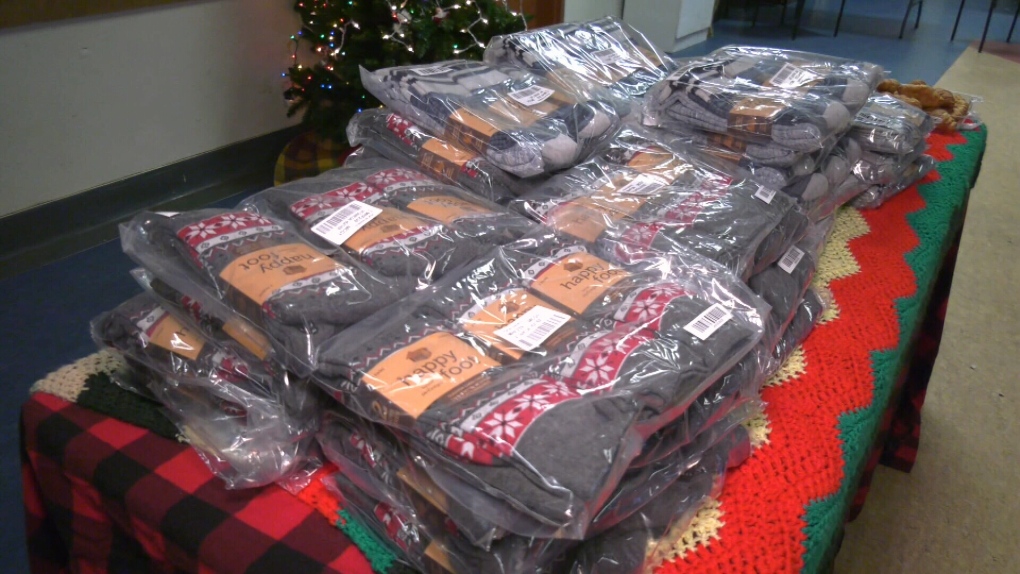 The Socks Project has been up and running for 12 years and was the brainchild of Michael Bloomfield, who saw that foot health was a real problem in the homeless community. (CTV Vancouver Island)

VICTORIA -- Approximately 10,000 pairs of socks have made their way to Vancouver Island, ready to be handed out to people in need across the island.

The Socks Project has been up and running for 12 years and was the brainchild of Michael Bloomfield, who saw that foot health was a real problem in the homeless community.

So he reached out to Ontario-based company McGregor Socks and a relationship began.

“I found that the CEO of the company tended to give donations in his home office community,” said Bloomfield. “I persuaded him that we had people in need here and he had customers in Victoria and some of that generosity has been directed to us.”

Bloomfield was joined by the Victoria Cool Aid Society, representatives of the Congregation Emanu-El synagogue and MLAs Carole James and Rob Fleming at Rock Bay Landing on Friday to hand out the socks to people in need.

One of those recipients was a women named Frankie who is experiencing her first year of homelessness on the streets of Victoria.

“Everybody’s dying wish is a clean pair of socks,” said Frankie. “Everybody will ask for socks before they ask for gloves because once you get your feet cold, that’s it, you’re cold.”

The 10,000 pairs of socks will be given to people who are homeless or at-risk of being homeless by 25 local social service agencies throughout the winter season.