1 suspect in custody, at least 1 still at large after Victoria apartment building standoff

VICTORIA -- One suspect is in custody and at least one other person is still at large after the conclusion of an hours-long standoff in Victoria Thursday, police say.

Crisis negotiators were called to a Victoria apartment building where multiple perpetrators were believed to be holed up following an alleged robbery and assault with a weapon earlier in the day.

One person was taken to hospital in the morning with non-life-threatening injuries.

Victoria police Const. Cam MacIntyre says officers were called to the three-storey building in the 2300-block of Cook Street at approximately 7:45 a.m. for a report of a robbery and assault.

"We learned that there were still suspects - a number of suspects - inside the multi-unit residential building here in the 2300 block of Cook Street," MacIntyre said. "We isolated the suite, determined where it was, and contained it." 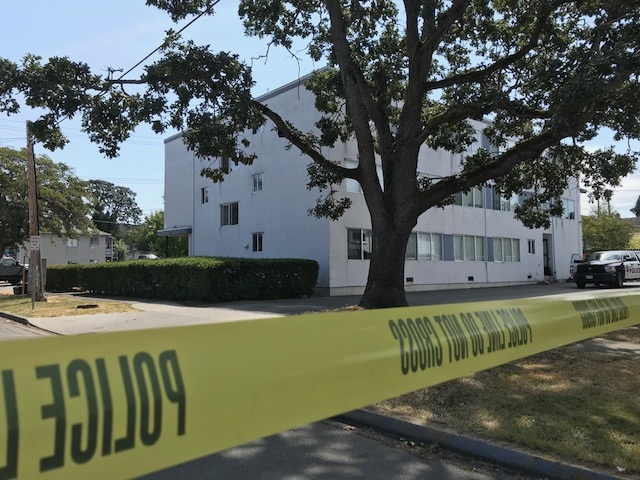 After what MacIntyre described as "a very long day" officers were able to arrest one suspect.

"There's still a person or more outstanding in this file," he said.

Despite this, police do not believe there is any ongoing risk to the public as a result of the day's events. 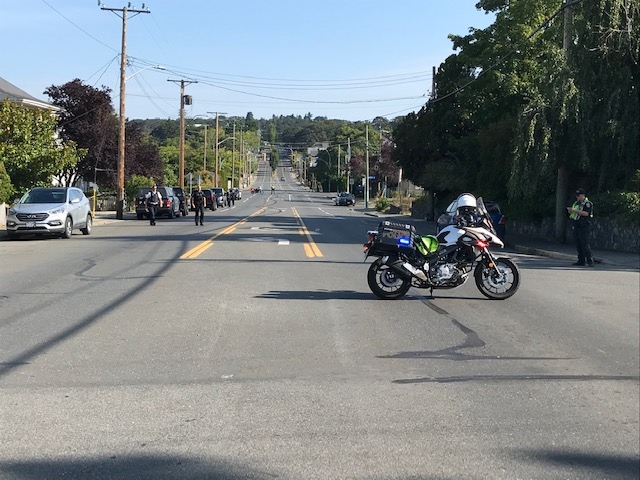 At least six police cars and the Greater Victoria Emergency Response Team's armoured vehicle were outside the apartment during the standoff.

MacIntyre said the heavily armed response was necessary because of the nature of the call and the fact that it involved assault with a weapon.

"We do everything we can to ensure that there's a safe resolution to the file for the public, for our officers, and also for the suspects," MacIntyre said. "We want to see everything resolved safely. We're happy today that that was the case."

Police deployed a flashbang grenade around 11 a.m. and a second flashbang around 4 p.m. before heavily armed officers were seen entering the building.

Neighbouring units inside the building were evacuated and police asked the public to avoid Cook Street between Bay Street and Queens Avenue.

Police are not saying what kind of weapon was involved in the alleged assault.

MacIntyre thanked the residents of the building and members of the public affected by the road closure for their patience.

He said the unit where the suspects were found is now being held so that investigators can search it for evidence.

"These incidents do take time to resolve," MacIntyre said.