1 in hospital after shooting in Nanaimo 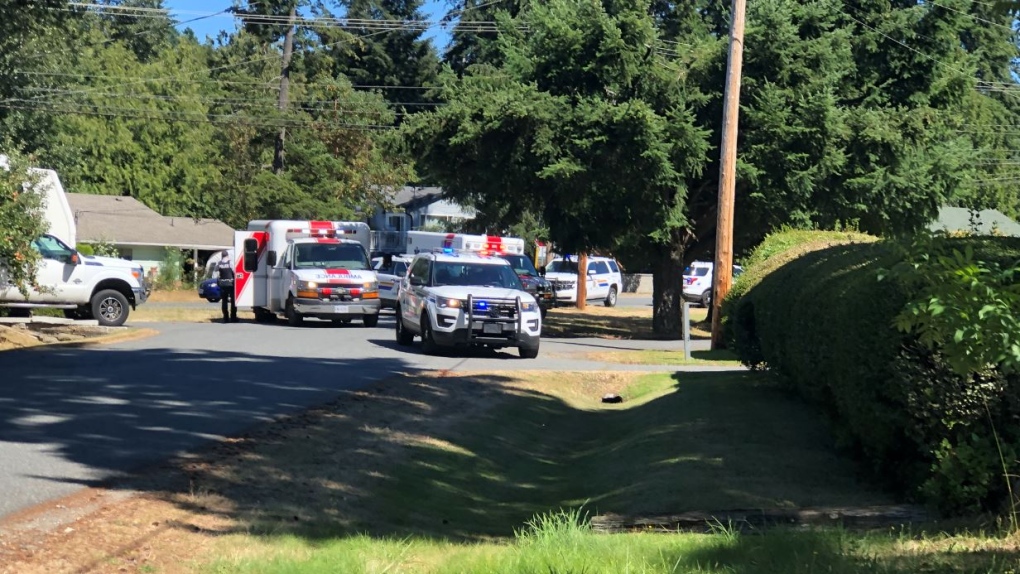 VICTORIA -- One person is in hospital with life-threatening injuries and another is in police custody after a shooting in Nanaimo.

The Nanaimo RCMP say that the incident occurred at approximately 3 p.m. on Sunday in the Malpass Road area of northern Nanaimo.

Mounties and paramedics responded to the scene and discovered a man with a gun shot injury inside of a home. The man was then taken to hospital for treatment of life-threatening injuries.

Neighbours say the property is located at 5705 Malpass Rd. and that police have visited the house on several occasions before. Mounties have confirmed that the house is “known to RCMP.”

A neighbour in the area who wishes to remain anonymous tells CTV News they heard a heated altercation coming from the driveway where the shooting took place. Then, they heard a “pop, pop, pop,” which they believe to be three gunshots.

After the shots were fired, the neighbour says the argument continued before police arrived approximately six to eight minutes later.

Shortly after the man was taken to hospital, police say that a second man arrived at the property and was arrested in connection with the shooting.

Police say there are no ongoing public safety concerns related to the incident and investigators are not looking for any other suspects or victims at this time.

On Sunday evening, police say that a second undisclosed location was secured overnight by officers in connection to the shooting.

Mounties say they are in the process of securing a search warrant to enter the undisclosed property.

Anyone with information on the shooting is asked to contact the Nanaimo RCMP at 250-754-2345.