1 dead, 1 in hospital with life-threatening injuries after crash that closed North Island highway 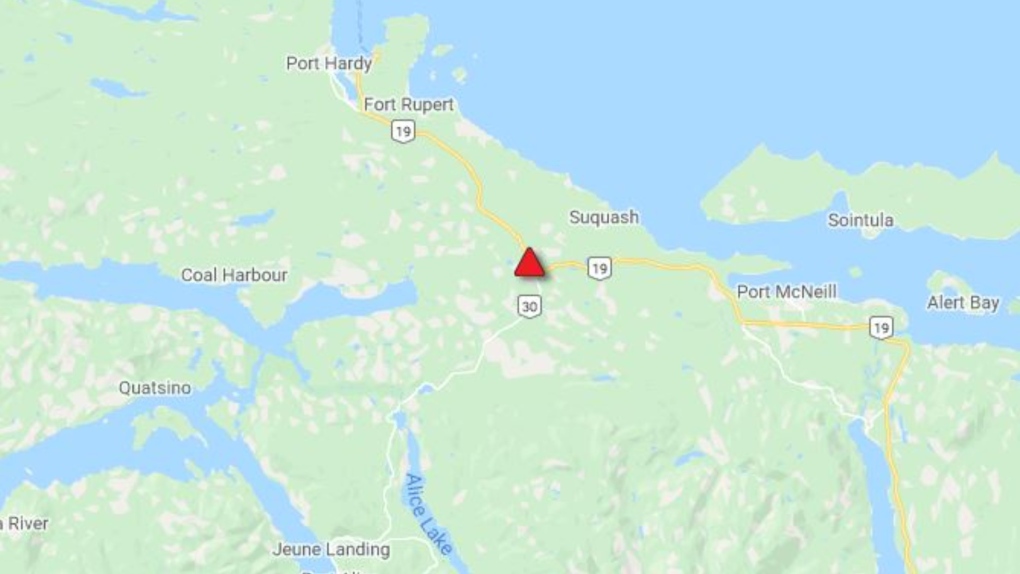 Two people are injured after a serious crash on Highway 19 near Port Hardy Saturday. (DriveBC)

VANCOUVER -- One person is dead and another is critically injured after a serious crash on Highway 19 near Port Hardy Saturday.

The incident happened shortly after 11 a.m., Port Hardy RCMP said in a news release. A man and a woman were travelling south on the highway when their vehicle drove onto the right shoulder and then "veered into the incoming lane before going into a ditch on the opposite side of the road," police said.

According to DriveBC, the crash occurred near the intersection between Highway 19 and Highway 30, 11 kilometres south of Port Hardy.

Mounties said the male driver was airlifted to Victoria for treatment of life-threatening injuries, while the female passenger was pronounced dead at the scene. Neither of them were Port Hardy residents, police said.

The highway was closed to all traffic except emergency vehicles in the aftermath of the incident, and fire crews told CTV News Vancouver Island the road was not expected to reopen until 4 p.m.

Police said alcohol does not appear to have been a factor in the crash, adding that their investigation is ongoing.

Getting reports of a serious crash in #PortHardy. Hwy 19 is closed near the Port Alice turn off.

Not expected to re-open until 4 p.m.

Firefighters confirm with @CTVNewsVI there are two people injured.

Investigation is being led by Port Hardy RCMP. pic.twitter.com/msiGCClYkU