1 arrested after suspicious fire burns through dumpster in Courtenay 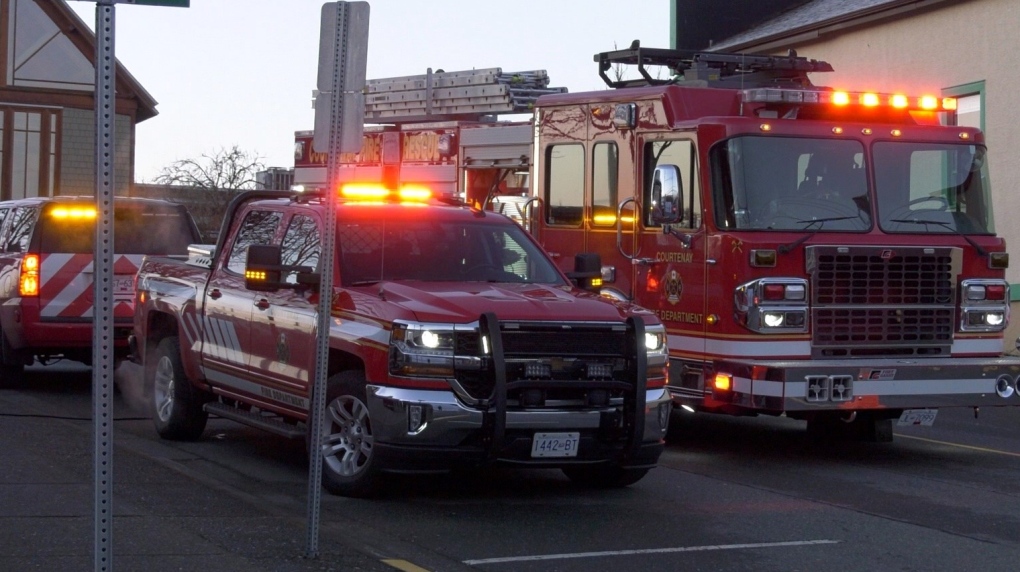 Fire trucks are seen outside the Comox Valley Art Gallery in March to douse a suspicious dumpster fire: (CTV News)

COURTENAY -- One man has been arrested after firefighters in Courtenay attended the latest in a series of suspicious blazes over the past several months in the city's downtown.

According to RCMP, a frontline officer on patrol discovered a dumpster on fire behind the Shoppers Drug Mart on 8th Street in Courtenay around 12:13 a.m. Friday morning.

"As he was approaching the fire, the frontline officer surveyed the scene and located a man nearby who was subsequently arrested for arson," said Const. Monika Terragni of the Comox Valley RCMP.

Terragni says the investigation is continuing.

Firefighters have dealt with a number of suspicious fires in dumpsters and back alleys over the past several months. On March 25, they attended to the 16th such fire in three months.

Deputy Fire Chief Dennis Henderson of the Courtenay Fire Department says there were three RCMP officers at the dumpster when he first arrived on scene of the burning cardboard recycling bin.

"We received a call for a commercial dumpster fire behind Shopper's Drug Mart and upon arrival RCMP were questioning a witness of the fire," Henderson said.

Henderson wants all business owners to be aware of the situation and beware of the potential danger.

"The fire department is advising all businesses within the downtown core of the rash of dumpster fires that we've had within the last few months and (ask everyone) to take precautions to secure the dumpsters to prevent any fires in the future," he said.