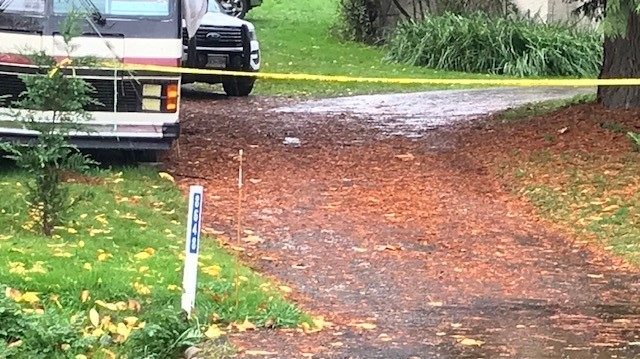 Police were called to the home just after midnight Saturday: (CTV News)
Victoria -

RCMP are investigating what they are calling a "double homicide" after two people were found dead inside of a home in Crofton, B.C. over the weekend.

North Cowichan/Duncan RCMP say they were called just after midnight Saturday for a report of "suspicious circumstances" at a home in the 8600-block of Crofton Road.

When Mounties arrived, the responding officers found two people dead inside the house.

Soon after, police say "another man was quickly arrested without incident."

Thirty-three-year-old Justin James Dodd is now facing two counts of second degree murder. He is expected to appear in court on Nov. 2.

"While the investigation is in the preliminary stages, police believe this was an isolated incident and there is no ongoing risk to the general public," said RCMP in a release Saturday.

"The investigation into this incident remains active and on-going, with officers from the North Cowichan RCMP General Investigation Section continuing to gather evidence and following up on priority tasks," said Insp. Chris Bear, Officer in Charge of the North Cowichan/Duncan RCMP Detachment in a statement Monday.

The BC Coroners Service is also conducting its own investigation into the two deaths.

Police say the identities of the deceased will not be released at this time for privacy reasons under the Coroners Act.

Anyone with information on the incident is asked to call North Cowichan/Duncan RCMP at 250-748-5522.